The road trip is over and I’ve been on this island for nearly two-and-a-half years, which is a year-and-a-half longer than I had schemed. My original game plan for life after college was hopping from one city to the next, a year here, a year there. Repeat ’til fully jaded or satiated. I wanted to know several regions–inside and out–before settling down in one of them. While I’m still on the first stop of that master plan, I can assure you the travel bug has not vanished.

Had I no upcoming plans around the time of my first kama’ainiversary, i.e. my first full year on this island, I’d have made some to move elsewhere. However, several months before that one-year marker on September 16th, Ian proposed his idea for the cross-country road trip. Obviously, I wasn’t going to go through the hassle of moving back to the Bay Area and finding a new job, so I stayed put way past September. The road trip became, for me, not only a chance to see the country with my own eyes, but also an opportunity to scout out that next stop.

Regardless, I had a candidate picked out: the Emerald City. I left my heart in Seattle when visiting my cousin Avery for her graduation from SPU. It looked and felt and smelled like San Francisco, but it was, at the same time, completely new. That fascinated me, and I was dead-set on relocating there. I planned on moving off the island, driving around the country for a summer, then starting anew in Seattle.

Then I realized I was going to be crazy broke by the end of the trip and decided I should return to Honolulu for three months and save up a bit of cash before heading somewhere else. Seattle was still my target destination, unless something on the road changed my mind.

Change #2: Move to Seattle right after the road trip –> Return to Honolulu for three months, go home for Christmas, then move to Seattle

Of course, something did change my mind, I just didn’t expect it to be Seattle itself. Upon my arrival in that familiar, rainy wonderland, it hit me: I knew I could live in that kind of city. I knew I could fit in with those types of people. Growing up near another progressive, West Coast city, I knew I’d be immediately comfortable in Seattle, and that goes against the whole point of moving to different places. I wanted to learn, I wanted to adapt. Seattle was out of the picture.

As we journeyed on eastward, I kept my eyes open for new opportunities. I’d have considered Minnesota for its mix of big city feel and small town friendliness, but the weather blows on both ends. Chicago is undoubtedly a great American city, but after the food opportunities, there’s little charm left. Madison and Ann Arbor seemed like delightful college towns, but I’m not in college anymore.

Then, we stumbled across the border.

Toronto offered the same laid-back, big city vibe as do San Francisco and Seattle, but because it’s in Canada, it’s inherently different. Despite its proximity to the border, there are still enough cultural difference to learn about between the US and Canada to keep me intrigued for at least a year.

I was researching dual citizenship all the way through Boston. . . until we hit New York.

As soon I stepped foot in New York, I knew where my next stop would be. The promise of burgeoning opportunity oozed out of every crevice. The City moved in a million different directions, none of which would be a dead end. It activated my curiosity, my imagination, and all five senses. It was certainly a place one needs to live in once, but can only move to before a certain age. I was set on making that move before the opportunity passed. Of course, I’d need to save up a lot more money to make such a big move, so I figured I’d stay put in Honolulu until the following summer.

All the way down the East Coast and through the South, I told every new friend that I was moving to New York.

Then I met up with my oldest friend in New Orleans: my sister. She’s been a fountain of helpful advice my whole life–from preparing me for my first school dance to guiding me in picking a college–so when she has something to say, I listen. She liked my decision to move to New York, but wondered aloud if I should utilize my youthful freedom, i.e. lack of responsibility, to pursue an opportunity and discover where that led me, instead of the other way around. It made sense. She sister’s advice always does.

As we roamed Canal Street, I pondered on my wide, open future a bit more, then was struck by inspiration. My first and last nights in the Crescent City were spent with my old college buddy, Josh, who relocated there after graduating to work for Teach For America. I come from a whole family of teachers, and everybody says I’d be a good one, so why shouldn’t I teach, too? And it doesn’t have to be for America; countries around the world are constantly seeking English teachers. If I have nothing leading me to New York, maybe I should let this idea lead me to another country.

Change #4: Move to New York City after nine more months in Honolulu –> Apply to teach English in Korea and stay in Honolulu until I’m accepted

After a bit of research, I discovered that because Japan is the number one destination for foreign teachers, Korea offers plenty of benefits to lure potential teachers away, including cheap living and a good salary. On top of that, Korean food and movies are amazing.

I had planned my future. Again. From New Orleans to the West Coast, I told every new friend that after I returned to Honolulu, I’d apply to teach English in Korea. By the time I got to LA, I started thinking about what to do with all that money I’d save. The website said teaching abroad is a good way to save up for grad school. I had never considered grad school because I didn’t think I had a passion. Well, after I moved to Honolulu, I discovered I liked to write. And during the road trip, I discovered I had an eye for photography. Put two and two together, and you get another plan: grad school for photojournalism!

Addendum to Change #4: Apply to teach English in Korea, stay in Honolulu until I’m accepted, buy and learn to use a good camera in the meantime, use the teaching money to pay for grad school for photojournalism after I return

So, my near future plans set. They were peer- and parent-approved. They involved travel, teaching, money, and school. That’s all that matters, right? I returned to Honolulu and told everybody I had everything figured out. 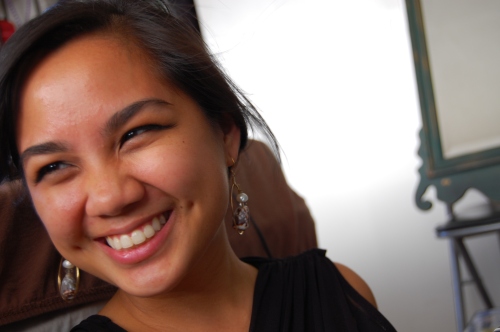 One response to “Young Man Went West #31: Evolution of an Escape Plan”